Home Guns4 First on CNN Business: Gun safety advocates grade stores. Walmart got an...
Facebook
Twitter
Google+
Pinterest
WhatsApp
A coalition of gun-reform advocacy groups on Wednesday released a scorecard that gives letter grades to 29 retailers based on their in-store gun policies, their public stance on gun safety and their donations to top National Rifle Association-backed politicians. Just three companies — Kroger (KR), Old Navy (GPS) and Walmart (WMT) — received As. Sixteen of them received Fs.
The project is meant to push retailers to “lean into gun reform,” said Igor Volsky, founder and executive director of advocacy group Guns Down America, which headed the project. The group also wanted to give retailers a clear path to improving their “grade” and getting involved in the movement.
In light of increasing gun violence in America, retailers have been steadily changing their tune on guns in recent years. But the second half of 2019 saw a major and public shift in the retail industry’s involvement in the gun debate.
After a mass shooter killed 22 people at a Walmart store in El Paso, Texas, in August, Guns Down America and other advocacy groups, along with employees and customers, pressured the company to stop allowing customers to openly carry guns in its stores. Several weeks later, Walmart agreed, enacting a no-open carry policy and setting off a wave of other retailers doing the same.
The NRA pushed back, calling Walmart’s decision “shameful” and suggesting that consumers would leave it for other retailers. But the company didn’t stop there. Walmart also announced it would stop selling some guns and ammunition and would pressure Congress to enact gun reform measures such as expanded background checks — a big move for a historically conservative company. 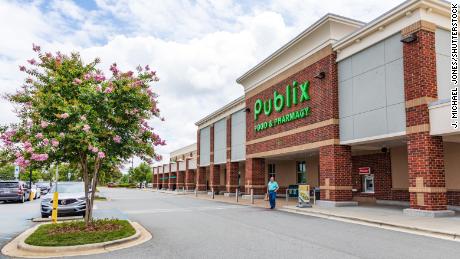 Separately, a group of 145 business leaders signed a letter in September demanding the US government take action on gun violence.
Volsky said the success of the Walmart campaign sparked the idea to create a Gun Safety Scorecard that included other retailers.
“During a period of federal inaction, large American businesses have a responsibility to do everything they can to keep their customers and their employees alive,” Volsky told CNN Business. “Because as Walmart tragically learned firsthand, the risk of having 393 million guns in civilian hands in the United States is really real.”
The retailer scorecard is similar to an April initiative from Guns Down America called “Is Your Bank Loaded?” in which the group graded consumer banks based on their ties to the gun industry, the NRA and NRA-backed politicians.
The group decided on which retailers to score using several national “top retailers” lists. The ranking list features grocery stores such as Whole Foods and Kroger, food and beverage retailers such as Starbucks (SBUX) and Chick-Fil-A, clothing stores such as Nordstrom (JWN) and TJ Maxx, as well as other retailers including Amazon (AMZN) and Ace Hardware.
Points were awarded in three different categories, which were totaled for the retailers’ grades: in-store open carry bans (up to 60 points), lack of political giving to the top 25 recipients of NRA money in Congress (up to 20 points), and public demands of action on gun reform (up to 20 points). Companies could also earn up to 20 bonus points. Walmart, for example, earned bonus points for all of the public action it took, including reducing gun sales, in the wake of the El Paso shooting, Volksy said.
Lowe’s (LOW) and Home Depot (HD) were the lowest scoring companies, with zero points, for not having in-store open-carry policies, not publicly demanding action on gun reform and for donating hundreds of thousands of dollars to NRA-backed politicians over the past four years. Many other retailers also received F grades for simply not having an open carry policy and not getting publicly involved in the movement.
Volksy said Guns Down America reached out to all of the companies included on the list in early November, informing them of their scores and inviting them to engage in a conversation about how to improve them. So far, he said, none have responded.
Home Depot allows guns in its stores “where it’s legal to do so, which is based on the decision of local elected officials,” company spokesperson Christina Cornell told CNN Business in an email.
Lowe’s did not immediately respond to a request for comment.
The companies that received As and Bs will receive “Gun Safety Certified” marks from the group — a label created by Manual Oliver, father of Joaquin Oliver, one of the 17 teenagers killed in a shooting at a Parkland, Florida, high school in 2018. The stamps bear Joaquin Oliver’s face, and the group hopes recipients will use them on product packaging, similar to organic certifications, so consumers can better understand the values of the companies they buy from and to show that there’s “a real business case to be made for leaning into gun safety,” Volsky said.
“Using the Gun (Safety) Certified mark, my son Joaquin is challenging America’s most powerful businesses to stand up and do their part to keep us safe from gun violence,” Manuel Oliver said in a statement. “I know that businesses that prioritize the lives of their customers and employees will be rewarded by American consumers for helping build safer communities for us all.”

‘Here we are, like defenseless caged animals:’ At rally, gun advocates vow to oppose new laws

Why Gun Violence Is Surging In Toronto

Big powers pledge not to fight each other over Libya